“The story was, as you might guess, very predictable, but I don’t hold that against it.”

As a child, Bruce Garrett (Nick Frost) was a salsa dancing champion. He had feet of flames; Le Passion his constant companion. That is until something awful happened to him on his way to Nationals. Something so devastating that he hung up his one inch heels for good. Fast forward twenty-five years later and Bruce is over-weight and under-confident. Enter stage-left a sexy, salsa-loving new boss lady to reignite his former flame and force him back into the ballroom.

Being a fan of salsa, and dance in general, I was looking forward to watching Cuban Fury. Not to mention the offer of a cast that I largely rate. Unfortunately, this experience wasn’t all competent Copas or scintillating Sombreros.

Firstly though, let’s talk performance. Nick Frost (Shaun of the Dead, The World’s End) always plays the convincing and very likeable underdog. I’d learned that this had been a pet project of his; something he’s always wanted to do. Honestly though, I’m not entirely sure why. I’ll work on the assumption that his lack of skill on the dancefloor was intended to promote humour and declare his performance overall as somewhat heart-warming and relatable. Bruce overcomes quite a few obstacles during this film and works to reclaim his confidence, and as an extension, some semblance of a personal life. This Frost does well, even while looking remarkably pigeon-toed. That said, salsa is about heart, and Bruce as a character showed that he had passion in spades.

Chris O’Dowd (The IT Crowd, Moone Boy) as the crass and obnoxious co-worker Drew was an interesting addition. Throughout I felt as though O’Dowd must have had a ball while filming this, as he completely let himself go and let his inner ignoramus out to play. Drew was perfect as the villain of the piece; an easily dislikeable character that you couldn’t help but root against. Rashida Jones (The Office, Parks and Recreation) as the lady both men vie incessantly for was more underwhelming I felt, and like many of the other secondary characters in Cuban Fury, didn’t really have anything interesting to do. A notable mention though to Olivia Colman (Hot Fuzz, The Iron Lady), who plays Bruce’s sister Sam, for injecting some much needed character into these otherwise interchangeable faces, and to Kayvan Novak (Sirens, Skins) as the seriously camp “Middle-Eastern” new best friend, who, naturally, comes armed with personal grooming advice and fake tan.

The pacing of Cuban Fury tended to drag at times and as a result the ending, and Bruce’s improvement, felt a little rushed. There was even a bit of a montage. The scenes that substituted Frost for his professional double mid-way and mid-step were also a little distracting for me, but then again, I’m an anal arsehole. The story was, as you might guess, very predictable, but I don’t hold that against it. You have to expect closure and the good guy prevailing in feel-good comedies like this one, and this film definitely had one or two stand out moments. My particular favourite was the dance-off scene between Frost and O’Dowd, which was completely cringeworthy and hilarious.

Dance-off beside “Jessie the Lezzy from Accounts'” car.

And as one might easily deduce, it had a sizzling soundtrack. By the time the credits rolled I was running to Tito and preparing to get my chair-groove on.

IMDB Rating: 6.3
Do I agree?: It’s a solid 6 from me. Predictable, feel-good and endearing.

You’re safe Jim, you’ve still got the best dance routine in a movie, EVER. 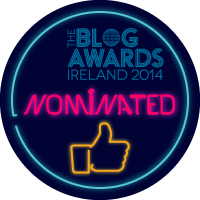 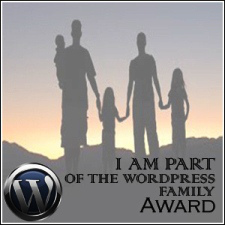